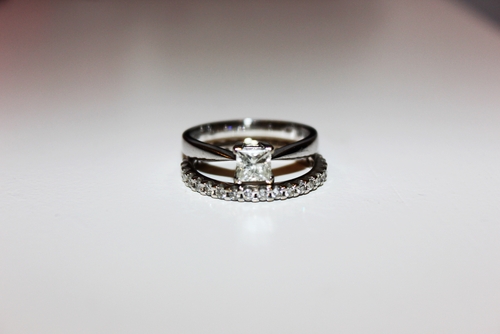 Engagement rings are awesome things; that statement is so beautiful it even rhymes. It is also true in a number of ways – a proposal ring is one of those things, which despite its size, can make a person’s heart flutter and their eyes tear up. These days, you have plenty of options when shopping for engagement rings for women. Assuming you would be interested, below is some interesting trivia on engagement rings in general.

Engagement rings have been in use for a long time, and date as far back as the time of Ancient Egypt. People of that civilization believed the fourth finger had a vein running directly to the heart, and for obvious reasons, this was considered special. Putting a ring on this finger meant it was a symbol of something close to your heart, and that view has held firm through the centuries of people that came afterwards.

The Best Month to Get Engaged

Popular opinion holds that December is the best month to get engaged. It is easy to imagine that being the case, what with the festive mood in the air, from New Year’s Eve and Christmas. People see things a lot differently that time of year, and the holiday cheer shines a different perspective on the choices they make in life.

How to Wear an Engagement Ring

Not all people in the world wear their engaging rings on the fourth finger of the left hand. In many countries, they set aside other finger; in India, for instance, the engagement ring popularly goes on the ring finger of the right hand.

We all see plenty of mean shopping for expensive or at least beautiful rings to present to their sweethearts. However, how many of them get a “Yes” for their troubles? It turns out, less than 50% of the proposals are a success, which is really sad. Sometimes, it comes out of jumping the gun, and in others, the couple was probably not meant to happen.

Two Rings in a Go

Unless your engagement ring doubles as a wedding band, you would be getting a separate piece after picking one out from a range of visually appealing diamond rings. Many couples take the smart approach of buying both in one go. Not only does this pare them effort in the future, it also lets them pick out pieces that go well with each other, sometimes even on the same finger.