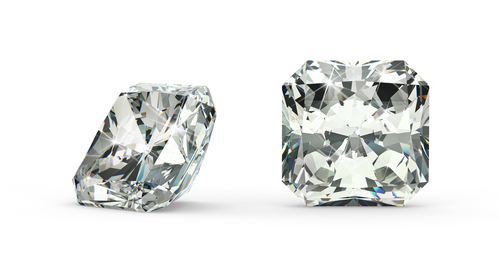 Jennifer Lopez has ended her romantic relationship with her fiancé Alex Rodriguez. Then, she and actor-director Ben Affleck are appearing in public again. So, the word is that the celebrity couple is reuniting. So, it now appears that the popular pink diamond engagement ring of the actor-singer from the actor-director may remain with the former even after the duo’s breakup. As far as rumor columnists are concerned, that is what makes things more interesting.

A source who is close to Jennifer Lopez said that she is likely to keep what is still regarded as one of the best-known diamond engagement rings. The duo was engaged in the 2000’s after their romance started during the film Gigli’s shoot. The ring has a 6-carat diamond, and it cost Affleck a whopping $1.20 million or so.

Jennifer Lopez’s former public relations agent, Rob Shuter thinks that she has not given it back to Affleck. Shuter kind of requested JLO not to return it, and he disclosed that the celebrity couple is proceeding with the relationship. He also confirmed the speculations that Affleck emailed love notes to JLO after the latter ended her engagement with A-Rod.

JLO’s ring had received much attention when the singer and Affleck got engaged. It is still part of the list of the most popular diamond rings of all time even after around 20 years. Besides the public, it remains popular among celebrities in the Hollywood industry. Therefore, legendary actor-singer Barbra Streisand requested JLO to show her the jewelry piece at an Academy Awards party many years before. Lopez said that she only knew that Streisand was interested in diamonds at that time.

As per that source, Affleck asked whether colored rings were popular back then. He chose the pink stone since she loves the color. Anyhow, it became popular only after Lopez started to wear it on her engagement ring finger. After Affleck’s proposal with the pink-colored diamond ring, Lopez even wrote ‘Dear Ben’, a song showing how much she loves her.

A jewelry industry insider discussed the profound impact of the JLO ring on the US diamond market. Describing the centerpiece as a precious and rare diamond that almost everyone did not know back then, the anonymous insider said that it became the best-known ring in recent history. As for the insider, it is what started the then trend toward colored diamond as well as increased the pink diamond value to a very high level.